Most ancient news on the Macchiaroli Castle

The most ancient information on the castle of Teggiano (Diano until 1862), was a privilege of the king Ladislao di Durazzo to the people of Diano dated 27 May 1405. In this privilege the King granted to the people of Diano not only tax reductions, but also a financial contribution from the other towns and hamlets of the Vallo di Diano by reason of the number of inhabitants, for undertaking a major restauration of the castle and the construction of a large tower which involved an expenditure above their ability. In that year the feud of Diano belonged to the Royal domain, having King Ladislao confiscated to the Sanseverino Earl of Marsico, together with other towns and lands of their domain, to punish them for being his enemies, i.e. supporters of the Anjou of Provence. 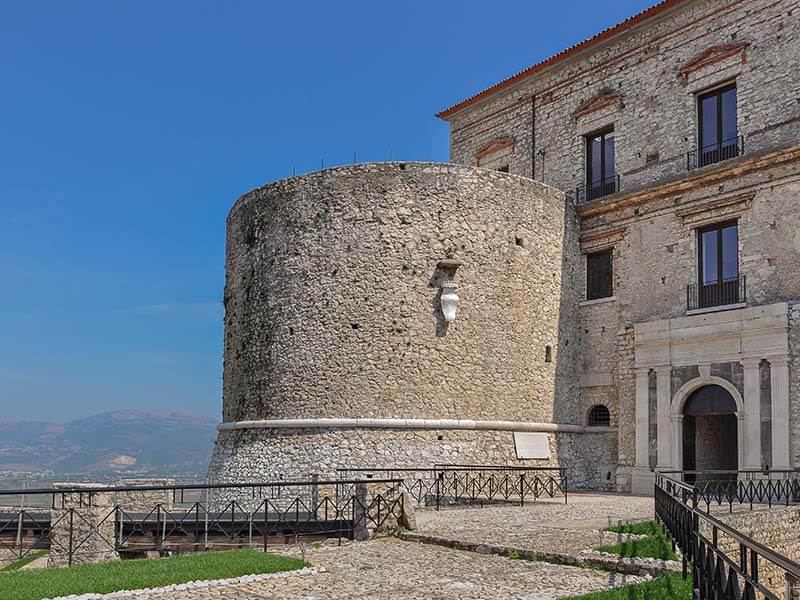 The second restoration of the Macchiaroli Castle

Another important restoration was carried out in 1487 by order of King Ferdinand I of Aragon, conducted by the Florentine architect Giuliano da Sangallo. At that time Diano belonged to the King domain, since it was confiscated to Prince Antonello Sanseverino, who led in 1485 the conspiracy of the Barons, which took place in the Castello di Diano.
With the work of 1487, the castle confirmed its strategic role in the defense of the surrounding territory.
The Castle boasted a main covered major tower surrounded by with five non -covered cylindrical towers. In one of them, the Giammaruca Tower, a spiral staircase runs from the top and descends toward an emergency exit that passes the boundaries walls and exit outside the castle. The towers were joined to each other by sturdy battlements and in the central area stood the main building with various rooms that looked out onto the spacious court. Today, the court still holds the original well capable of ensuring the reserve of water required to withstand a long siege. A deep, wide moat surrounded the fortress, on which two drawbridges located on the south and west sides could be lowered.

The siege of the Diano Castle

Due to its mighty defensive system, Antonello Sanseverino chose the Diano Castle as his last defense in 1497, where locked up, he endured the siege of King Frederick of Aragon. Frederick came with his army to flush out the prince of Salerno from the fortress, who had again rebelled against him. For about two months, the fortress of Diano proved impregnable, due in part to the people of Diano who strenuously defended their feudal lord. It was only the onset of another military contingent at the command of Gonsalvo Fernandez de Cordoba, to which Antonello surrendered, however at very honorable conditions. This event ends the combative period of the castle of Diano. The youngest member of the Sanseverino family, the restless Ferrante, was overwhelmed by anti-baronial policy of the king’s deputy, Don Pietro of Toledo, and lost his feuds and his family became extinct in 1552. 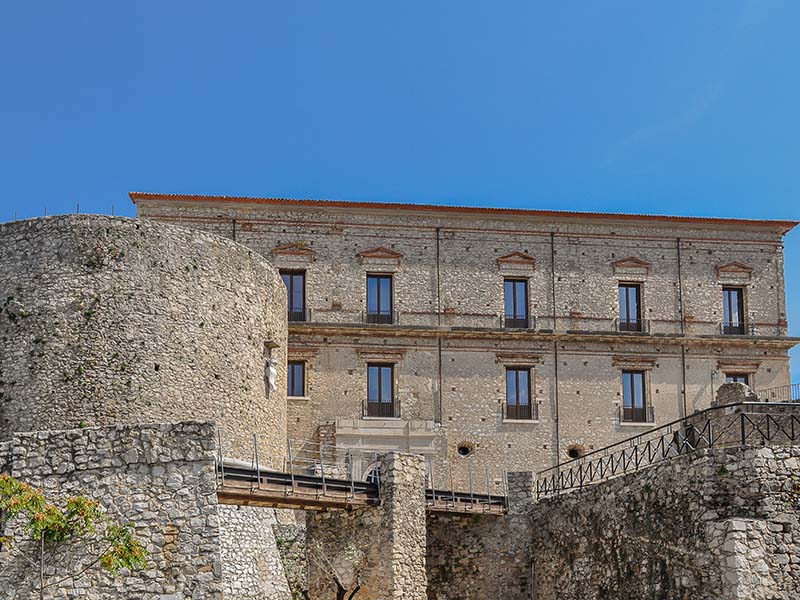 With the advent of new feudal lords over a short course of time, the Castle of Diano changes its role from a combative Sanseverino-esque fortress to a tranquil residence, inhabited almost always by a Governor charged with looking after the interests of the baron, presides over the local town and public order. The restorations done by Giovanni Villano, third Marquis of Polla and Lord of Diano, were certainly aimed at restoring the residential area of Diano.
In 1652, the Castle passes to Calà, dukes of Diano, who keep it until 1801, the year in which Brigida Calà, spouse of Vincenzo Schipani, passes on to him the fiefdom, the title, and the Castle. Then, with the elimination of the feudal system declared on August 2, 1806 by Giuseppe Bonaparte, the Castle assumes the new and definitive role of a private residence.
In 1857, the northwestern part is purchased from Teggiano native, Pasquale De Honestis, who began the final transformation of the building to a private home, and commissioned at the neo-renaissance portal that can be seen today at the entrance of the Castle. The southeast part of the Castle is purchased from the Macchiaroli family, also natives of Teggiano, to whom the castle now belongs.